Greetings to all of you from me Valbona, I was thinking how privileged we are to be part of such a great family of God 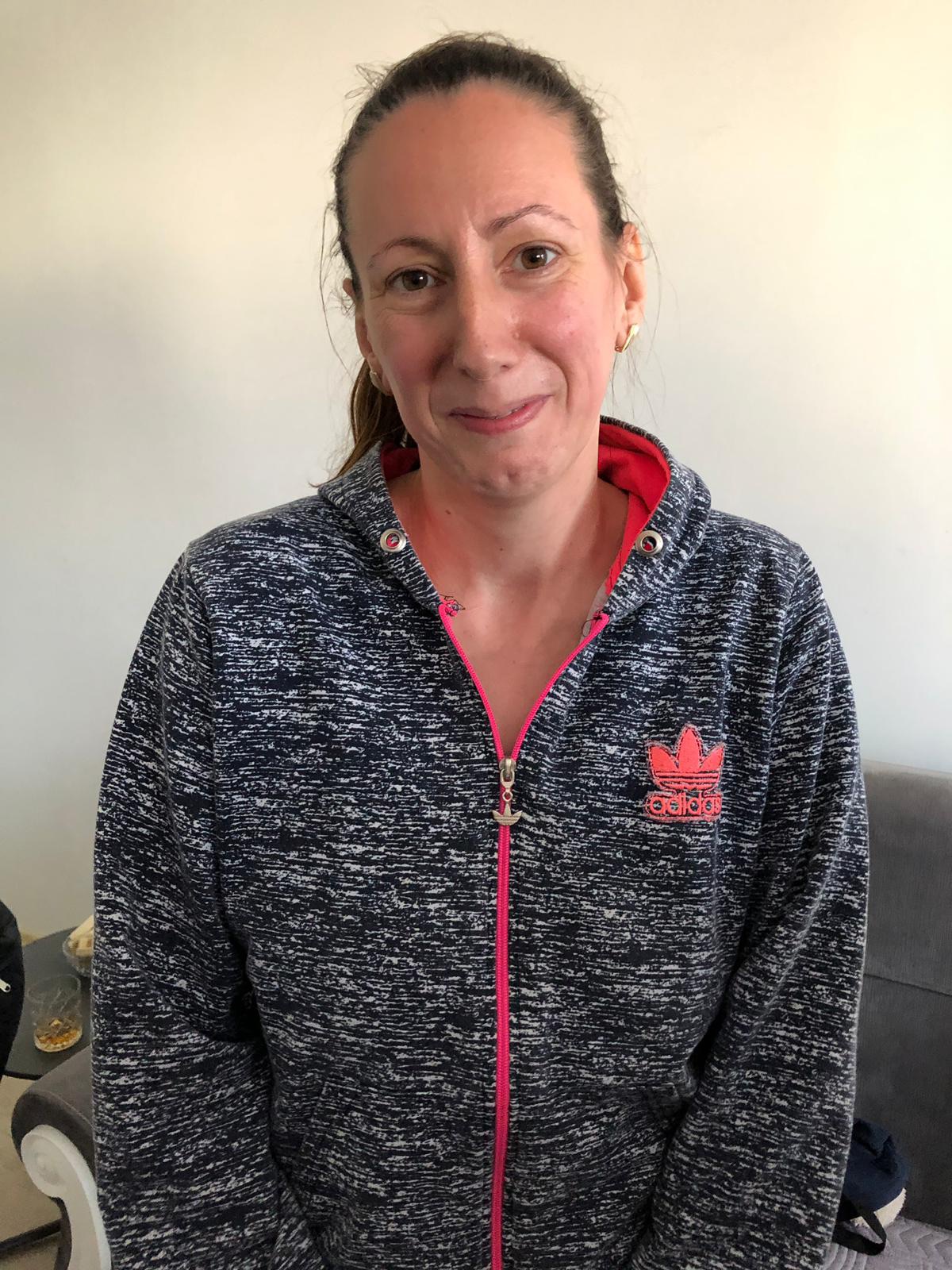 I was thinking how privileged we are to be part of such a great family of God, when life is sometimes hard and things don’t go as we wish God is faithful and the only one that can meet our needs. Often I thought that life is unjust towards me especially after I begun to struggle with my sickness which I was not aware I had it but God revealed it in His time. I was having continuous stomachache for 2.5 years, the pain appeared right after I lost my husband, since then I was living with some stomach disorders and I didn’t go to the doctor until those issues became more severe. After 2 years in pain I decided to go to the doctor but they were telling me that I had nothing to worry about whilst my condition was becoming worse and worse. I often cried when I was alone feeling hopeless because I didn’t want to worry my children. I became so weak that I could not move out of my bed anymore not even to make a coffee for myself, every time I went out of bed I felt dizzy and powerless.  One day I felt strong enough to go to a private clinic and get a checkup by a good doctor there. He did an ultrasound where he saw that there was something wrong with my intestines. He urged me to go for more detailed researches and so I did. I went for a colonoscopy and colon biopsy which lasted 2 hours under an extreme pain but I was handling it because all I wanted was to know what was wrong with me. I had to wait 2 weeks for the result and I was not telling anybody because I was thinking it will be over and I will feel better but this was not how it happened. When my daughters went to their English class, Rrezarta asked them about me and they told her about my condition. Few days later Rrezarta came to visit me where we spoke and prayed about my condition, shortly after that she came back with a Dutch team and they all prayed for me. Everyone had to cry from the powerful presence of God. After that prayer I begun to feel peaceful and secure. After this prayer we were encouraged because my children were living in fear of losing me as they lost their father 3 years ago. The fear of my children occupied my head all this time. A lady from the team told me that she was feeling straight from God’s heart to help me financially to move on with further steps on a better private clinic. After 2 weeks from the prayer I received the results of Colonoscopy and biopsy which showed that I had an advanced tumor in my colon. Few days later Rrezarta took me to the American hospital with is the best in our country. The American Hospital confirmed that I had an aggressive in 2 different places on the colon and I needed urgently to have surgery.
After few days Rrezarta booked the appointment for the surgery and I was in a complete shock, I didn’t realize what was going on around me. Anyhow, the surgery took place and the doctors after the surgery confirmed that I had only 2 weeks left over if the surgery was not performed on that day because they tumor advanced rapidly in the period of 2 years. My operation was very complicated but the Lord had everything prepared including the surgeon who happened to be a Christian in a place with 95% of Muslim. The operation lasted 4 hours and I woke up at 7:00 pm in ICU. When I woke up I felt pretty well and I said to the Lord: “Thank you for giving me the possibility to perform this surgery!” After I prayed I felt somebody tapped me down on my right leg and I opened my eyes to see who touched me but there was nobody, the same powerful hand touched me again on my right leg after 1 min., when I opened my eyes nobody was there. Few minutes later a nurse came to my bed and she said to me: “Valbona, I have to switch you from intensive care to the normal care room because you are doing very well. I was completely mined under the medical devices, they first took off the oxygen and then they brought me to the normal care room where I was gradually recovering even though the doctors said that the first week would be critical. Rrezarta and Ton were always there with me, they were coming almost every day all the way to the hospital to be on my side.

I have already had 8 Chemotherapy cycles and they went well besides the last one which made me suffer as if it was an attack. I thank God for having such a brother and sister in the Lord like Ton and Rrezarta who keep helping me with everything they can since my husband passed away on January 8th, 3 years ago. Rrezarta is the English teacher of my daughters but she is also a spiritual mother to us.

I have seen that with God nothing is impossible, I have learned that the trials may be harsh but with the Lord I can overcome everything because when I am weak HE is strong. I am grateful to God that we are a big family in the Lord all over the world and His love brings us together to take care of each other.

My journey isn’t finished yet. I still have to go through tests ans scans for 5 years in total in order to keep everything under control.

The first year my checkups are every 3 months, second and third years will be every 6 months, fourth and fifth year will be once a year.

Therefore, I am pleading all of you within your possibilities to help me end my bitter journey!

May the Lord bless you!